The Brave New World of Publishing 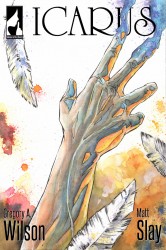 We live in interesting times.  That’s not just an observation; it’s also a Chinese curse. What makes something “interesting” also tends to make it dangerous, unstable, and uncertain.  Welcome to publishing in the modern era.

Technological change, demographic shifts and lifestyle patterns have resulted in major transitions in how publishing works.  The old pattern of having a career solely with traditional book or magazine publishers resulting in printed material is fast giving way to a variety of hybrid options that are as varied as the interests of the writers themselves.

Authors with well-established traditional careers with major publishers are now experimenting (quite successfully) with bringing out their own reverted rights-books via ebook, either on their own or through small publishing companies set up just for that purpose.  This means that authors are seeing revenue from books that may have been out of print for decades, and readers once again have the chance to experience old favorites they have not been able to purchase.

We’re also seeing traditionally published authors with major houses doing self-published short fiction on ebook, either between-the-books novellas or series-related short stories.  This is a boon to readers, who get additional material with favorite characters to tide them over between books, but it also builds an income stream for authors independent of their publishing contracts.

In some cases, traditional publishers may choose to bring out books in ebook only format.  This may be a novel with a niche audience, or it may be an older book whose sales numbers don’t justify additional print runs.  The exciting thing for readers is that the books remain available, instead of going out of print. And for authors, the same is true, because their books still benefit from the editing, layout and cover apart services of a large publisher and remain on the market instead of disappearing from sale.

Yet another variation involves established authors working with multiple publishing houses at once, or working simultaneously with both a large New York house and a smaller niche press on different, unrelated books.  Not long ago, such an arrangement might have been possible for superstar authors with enough clout to get what they wanted, but taboo for most midlist authors.  Now, it’s becoming common among authors at all levels.

Small presses are coming into their own since technology allows them the production and print quality that was previously only possible with big publishers, and since the unfortunate demise of many physical book stores has made store distribution less of a differentiating factor.  Not only is this good news for rising authors, but it provides more options for established authors who have a niche book that may be better served by a press catering to that audience.

An interesting option involves established authors, some with superstar track records, starting their own small presses to publish their niche novels and books of other authors.  This reminds me of the trend for successful rock bands and artists to go start their own record labels and begin producing music for other performers.  I think this is an especially interesting trend to watch, since it could be a way for more new and up-and-coming authors to get more ink in the marketplace while making connections with senior authors who can mentor them.  This option seems like a promising way to get more good books into the marketplace without the bureaucracy that can sometimes paralyze large publishers.

Here’s the big advantage for aspiring and rising authors.  Once the big pros blaze the trail, these options lose whatever stigma they might have had, meaning that the chances for publication and the career choices explode.  I think we may be coming into an era where we see more fabulous book choices available for readers and more income-generating options for writers than ever before.  That’s worth celebrating.