As an author, you have a vested interest in turning the transaction of buying a book into an ongoing and longstanding relationship between you and the reader. Your website is one of the most important ways you can develop and nurture this relationship, but you need to understand what makes readers reach out to authors so that you can keep them coming back for more.

When a reader finds a book that is really special, the reader wants to continue the experience. A non-fiction book may be so helpful that readers want more tips, more information, or help in applying the book’s content to their own situation. A fiction book might build such a pleasant or interesting make-believe world with characters that have become real to the reader that readers don’t want to leave. They want more details, inside information, and hints about what happens next.

Readers also want to feel that they have gotten to know you better as a person. Maybe they are interested in knowing why you chose to write about your topic, or how you came to be an expert. Often, they want to know what kinds of books you read, who you look up to as experts, and what you’ll be doing next.

To the extent that your website can meet these needs and answer these questions, you’ll be building a relationship with the people who keep you in business as an author.

On the Road Again

This time to Birmingham, AL to investigate the Sloss Furnace Works.  There’s supposed to be a rather nasty fellow down there nicknamed, “Slag”.  He tends to push and slap folks.  Under his supervision, 47 workers died.  He was a cruel overseer.  Some say, he slipped and fell to his death.  Others, have a more sinister explanation.  He was pushed into the furnace by the men he treated so badly.

He’s supposedly there now, taking his revenge on all who dare to roam the furnace works at night.  My team and I are off tomorrow to fine out.

Let’s Hear it for the NPCs

At Lunacon, I was on a panel called “The Magical Middle Class” where the topic was secondary characters (or as gamers refer to them, Non-Player Characters—NPC) in fiction who possess magic but don’t have awesome jobs.  It got me thinking about how important background characters are, and how poor our fiction would be without them.

There are a lot of magical middle classers in the Harry Potter series.  Mr. Weasley is a perfect example.  He has magic powerful enough to be among the Order of the Phoenix, yet he has a job as a mid-level government bureaucrat.  Think about the series, and you find a number of people with jobs as shop keepers, bus drivers, and even Hagrid, the grounds keeper, who have very ordinary jobs despite magic that would make them extraordinary in our world.

In any book, but especially in a series, those background characters add life and texture when they’re done well.  They may never have a heroic role, but they make the world feel more real.  They are, as Mr. Rogers put it, “The people that you meet each day.”

Often, these characters serve as a source of information, an unlikely intelligence network, or an unofficial Greek chorus.  They’re the bartender, the cop or night guard, the janitor, the barrista, the waiter, the neighbor.  They’re the casual acquaintances, the people you see often enough to have a conversation with, and yet don’t know quite well enough to invite them to dinner.  Yet their conversations and interactions can reveal a lot about characterization, and can provide important, even essential clues to action.

So the next time you’re reading, pay attention to the NPCs.  They’re not the hero or the villain, but they are an essential support team, and play a role far more important than is often acknowledged.  Hooray for the magical middle class!

…Did you travel on Friday the 13th?  Many do not for fear of being in an accident.

…Has the lure of ghost hunting a famously haunted location with known celebrities in the paranormal field diminished?

…And finally, the Titantic struck an iceberg and went down to her watery grave 100 years ago today.  Are there ghosts on board?  Do they still roam the lavish halls as they did on that fateful night in 1912?

Come see me at a signing!

by Gail Z. Martin
Come see me at a signing!

I’d love to hear from you—please comment on my blog or on Facebook, and of course, I always really appreciate it when you forward my posts to your friends.

I hope to meet you at a convention or signing this year.  Enjoy!

Shiny & Polished….now what do I do? 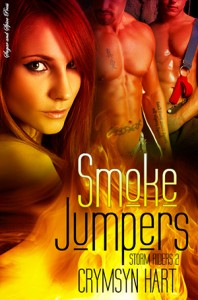 So you’ve put the finishing polish on the manuscript and it’s all bright, shiny, and ready to be shipped off…somewhere. But where do you go and what do you do with it? Well, there are several options these days unlike fifteen years ago when I first started searching around for places to go.

You can self-publish. You can send your work to an agent, or you can go directly to a publisher or an e-publisher. If you choose the agent, publisher or e-publisher route, make sure you read the submission requirements for that particular place you are sending it to. Everyone is different.

Some agents say to just email them a synopsis and not to mail anything. Or if you do mail them something make sure you include a Self Addressed Stamped Envelope so you can get a reply back.  Or others will let you know that they are not taking any unsolicited manuscripts.

The same with the publishers. Only very few will actually accept any manuscripts. This is talking major publishing houses. Now if you are looking at e-publishers, make sure to also look at their  submission’s page because they too have a specific format they want, whether it is a synopsis and the first three chapters of your book, or just the synopsis.

Then there is the self-publishing route which many authors I know are taking these days, but please make sure you have edited your book or have some edited for you. That is the most important thing.

No matter which road you choose, there is always the anticipation and the butterflies in the stomach of the waiting for when you hear back. But the good thing about that is, while you’re waiting, you can be writing another book.

Who Are Your Favorite Villains?

I don’t buy into the idea that a villain needs to be sympathetic. Understandable, but not sympathetic.  While a good villain needs a back story, I don’t think it’s essential to identify with them.  Sure, no villian believes he or she is bad.  Yes, many villains had terrible childhoods or endured some kind of trauma.  But so do many other people who don’t become villains.  In fact, the split in the path between hero and villain lies in the choice of what to do after the trauma.  Do you identify with the victim, and vow to keep terrible things from happening again, becoming the hero, or do you identify with the perpetrator, choosing to make others suffer as you have suffered?

I have a fondness for comic book villains, maybe because they’re just so  cool.  So  yes, all of Batman’s foes make my favorite’s list.  Ditto for Spiderman and the Fantastic Four and the X Men.  I liked the nuances that were so much a part of Voldemort, but I found the “banality of evil” of Cornelius Fudge and Delores Umbridge to be equally scary because they are so real and I have met their real-life counterparts.  For sheer stage presence, you gotta love Malificent (great costume), and the Shadows of Babylon 5.  Angelique from Dark Shadows had a single-minded stalker quality that made her pretty scary.  I never really bought into Anakin Skywalker–perhaps he should have been fed to Louis from Anne Rice’s books and they could have been angsty together.  But I think one of my very favorite villains is Belle Morte from the Anita Blake series and

So who are your favorite villains and why do they rock?

Do we do enough for our community?

If you think the answer is No, then I have an opportunity for you.  At this years ConCarolinas, (June 1-3, 2012 at The University Hilton – Charlotte, NC) they will again be holding a Blood Drive to benefit the American Red Cross.

If you plan on going, why not consider giving a pint of blood to help save a life (actually, up to 3 lives can be saved by one pint of blood).

So, starve a vampire, give blood!  Some helpful links below:

Please check out this web page if you are a first time donor…
https://www.redcrossblood.org/donating-blood/first-time-donors

Please check out this web page to view eligibility requirements…

You can also go to https://www.redcrossblood.org to get more info on blood
donating.