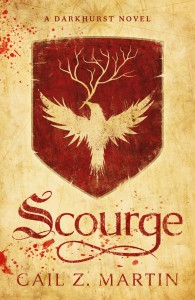 Welcome to my annual Hawthorn Moon blog tour! The name comes from a holiday celebrated on the Solstice in my Chronicles of the Necromancer series, and the idea just stuck. It’s become the season to unveil new cover art, talk about new books and upcoming new releases, and explore ideas in guest blog posts on blogs around the world!

What’s Scourge about? Here’s the short answer: Three undertaker brothers in a medieval trading town battle monsters to protect their family and neighbors, only to discover that the monsters have masters and the stakes are higher than they dreamed.

Here’s the book cover answer: In a city beset by monsters, three brothers must find out who is controlling the abominations and stop the carnage. Corran, Rigan, and Kell Valmonde are Guild Undertakers, left to run their family’s business when guards murdered their father and monsters killed their mother. Their grave magic enables them to help souls pass to the After and banish vengeful spirits. Rigan’s magic is unusually strong and enables him to hear the confessions of the dead, the secrets that would otherwise be taken to the grave. When the toll exacted by monsters and brutal guards hits close to home and ghosts expose the hidden sins of powerful men, Corran, Rigan and Kell become targets in a deadly game and face a choice: obey the Guild, or fight back and risk everything.

So there you have it–medieval monster hunters! Be sure to check out the excerpts I’ll be posting with many of the blog tour links! 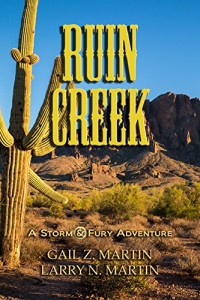 Check back here for updates–I’ll post live links to the blog posts, giveaways and excerpts running on these awesome blogs! 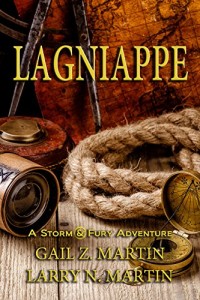 We’ve got a trio of new Steampunk stories in the Storm & Fury Adventures (extra episodes in the Iron & Blood world): Ghost Wolf, Ruin Creek and Lagniappe! Werewolf vigilantes, skinwalkers and weird West aliens and the curse of a pirate’s ghost–these stories have it all!

Jonmarc Vahanian fans–his story is now complete! If you’ve been following the serialized journey of everyone’s favorite brigand lord, the tale is now complete with Death Match, Guardian and Smuggler!  These three novellas take the action up to about five years before the beginning of The Summoner! (Will I ever write more smuggling tales? Maybe!) 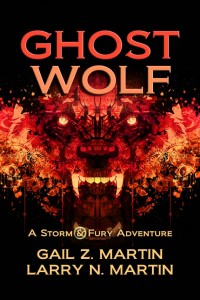 Salvage Rat, new space opera series by Larry N. Martin, will debut later this year. If you cross Bonnie and Clyde with V For Vendetta in a Firefly-esque universe, you’re on the money!

Spells, Salt and Steel–Larry and I team up to write this brand new series loosely set in John Hartness’s Bubba the Monster Hunter ‘verse. Mechanic Mike Wojcik and an unlikely group of helpers battle monsters, urban legends and homicidal deer in the wilds of Western Pennsylvania. Coming in October.

A Deadly Curiosities novella tied in with the world of Jeanne Adam’s Haven Harbor witchcraft series in an all-new anthology! Look for it at Halloween!

Hath No Fury, an anthology about kick-ass female characters from Ragnarok Press featuring an origin story for Kestel Falke from my Ascendant Kingdoms Saga. 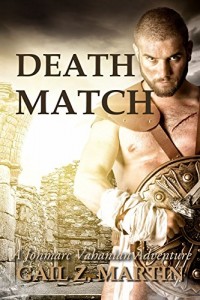 The Assassins of Landria–If Butch and Sundance were medieval assassins, they would roll like this. An epic fantasy buddy flick series filled with dark magic, betrayal and action. Coming later this year.

A Terrific Tie-In I Can’t Talk about Yet!  Watch for an announcement in late summer about this brand new media tie-in series coming in 2019

The final three Blaine McFadden Adventures–Arctic Prison, Ice Bound and Cold Fury told the story of Blaine’s years as a convict. Watch for three new novellas in early 2019 that recount his years as a colonist!

There’s more, including plans to start writing the seventh Chronicles of the Necromancer book (beginning a new six-book series seventeen years after The Dread), new novels in the Deadly Curiosities and Iron & Blood series, and three more new series I can’t talk about yet! Subscribe to my email update, and you’ll never miss a new release!

Come see us at a Convention!

I’ll be at LibertyCon, then we’ll both be at ConGregate, then I go to GenCon and we’re both at DragonCon and Atomacon. Look for us there–we’ll have a table with books galore (including hard-to-find anthologies and our new indie stuff in print) at several of the cons plus Larry’s awesome hand-thrown pottery shot glasses and mugs!