Writing can be hard and it can be fun depending on how are characters are doing that day. If they are in a bad mood, then good luck trying to woo them. Sometimes, the characters break into multi-personalities and make life interesting.

Besides the characters, even the authors can have a bad day or we can split into other personalities as well. It seems that is what is happening to me lately. Other authors write under different names for various reasons. Some is to protect their personal identity. Others do it because they write in different genres and it would clash with another identity. That is where I’m at.

I never thought I would want to write under another name because I could not think in another personality. However, that has been happening lately. It’s hard to have another voice inside my head. Some people think I’m crazy. Maybe I am. *Evil Laugh*

But now I have two personalities that will be inundating the market. I can only hope that I won’t have another personality spring forth. Others do, and that is awesome. I just wonder if I’ll be able to juggle three.

For the Zombie Apocalypse?  Traditionally, Zombies were beings made of voo doo spells.  They were the dead brought back to do the bidding of the living.  To quell them, you simply put salt in their mouths and sewed their mouths up.  Enter George A Romero and The Night of the Living Dead.  Zombies would never be the same.

There have been sequels by Romero as well as other well known “zombie movies”.  Some good, some VERY bad.  Recently, we have had a new player in this fascination with Zombies.  The Walking Dead, a very well written saga of a band of survivors led by Rick Grimes, a law enforcement office from Cynthiana, KY.

Over time, we have learned alot about Zombies.  In George’s version they are turned by a cosmic event which brings all the dead to life, in search of human flesh for sustenance.  In AMC’s The Walking Dead, we do not know what has caused the dead to walk, but we assume it is some sort of biological weaponry gone wrong.

With the current events in Florida, New Jersey, West Virgina, and Canada, we best hone up on our survival skills.  Following are suggestions and tips on how to survive a Zombie attack:

Who better to give this kind of advice than a Paranormal Expert, right?

First, remember they are slow.  You can outrun them.  With all the limb dragging and body parts falling off due to decay, you have time.  Just don’t get cornered or try to take on more than just a few of them.  Being outnumbered by Zombies will not end very well for you.  In TWD, we learn that the cold slows them down even further.  Therefore, do all of your Zombie hunting in the winter months.  You may want to think about Canada or Alaska as your new permanent home.

Second, do not make any noise.  This includes the sounds made by gunshots.  It is best to find and utilize a bow and arrow or cross bow to take these suckers out.  (No noise).  And, in a world devoid of industry, you can make an arrow out of a very sharp twig.  In TWD. Michonne makes very good use of a Ninja sword.  Might want to add that piece to your collection now.  (A true Jedi Lightsaber would come in most handy where facing a hoard of Zombies).  Also, a baseball bat, shovel or ax will work in a pinch.

Third, they MUST be mortally wounded in the head.  Kill the Brain!! Anything else will render them a threat.  They can still grab you and bite you.  Double tap if necessary.  But conserve ammunition.  Again, no industry for the manufacture of bullets and gunshots are loud  (refer to above paragraph)

Fourth, siphon gas from all the abandoned vehicles you will find along the way.  Pick a vehicle with high gas mileage as your escape vehicle.  Toyota Prius would be my choice.

Fifth, find food.  VERY important to find and salvage all the food you can.  Scavenge all stores, houses, cars, etc.  If you find a Wal-Mart, definitely hit it, but beware of the Wall-Martian Zombies left inside. The government says canned foods are good as long as there is no rust or the can has not blown up, so enjoy.

Sixth, grab as many weapons as you can.  Guns, ammo, shovels, swords, knives, bats, bow and arrow, anything that can be used to bash in or cut off the head of a Zombie.  (NOTE”  if you do cut off the head, it can still bite.  Be sure and crush the skull with whatever means at your disposal) Note:  National Guard Armories and police stations, as well as military bases would be an excellent place to search for weapons.

Seventh, find some sort of secure shelter.  Gated communities or even prisons would be a good choice.  However, ALWAYS have an escape plan if things start to go south on you. A solar equipped house with solar heating and air, solar power etc would be best.  (A battery powered car that could be charged with solar would be ideal as well.)

Eight, find bottled water, or boil your own.  Find and keep a lighter or matches handy for starting fires.

Ninth, remember you MUST put down any of your colleagues as soon as they die.  They will come back to bite you!  Again, in the head!!

And, finally, tenth, it is best to survive in a group.  More targets for the Zombies, and you can always sacrifice the weak or the slow so that you can make your escape and live on to fight another day.

A word of caution…people can be more dangerous than Zombies, so always keep your guard up around your “friends”.  Civility and humanism goes out the window in a true catastrophe.  And, being a pilot of an aircraft (or knowing one and saving him/her) might be a good idea.

I hope you will take heed of this public service announcement by CAPS Founder, Tina McSwain, and commit this information to memory so that you too can survive the Zombie Apocalypse!

When I asked my Creative Writing professor how to become a successful author, I was told: “Apply seat of pants to seat of chair”.  While I now agree that he was right to say it, it didn’t seem very helpful at the time.  So today I will share advice that I hope will be more helpful to readers of this post.  At the very least, I can honestly say all of it has worked for me.

Sandra Saidak graduated San Francisco State University in 1985 with a B.A. in English.  She is a high school English teacher by day, author by night.  Her hobbies include reading, dancing, attending science fiction conventions, researching prehistory, and maintaining an active fantasy life (but she warns that this last one could lead to dangerous habits such as writing).  Sandra lives in San Jose with her husband Tom, daughters Heather and Melissa, and two cats.   Her first novel, “Daughter of the Goddess Lands”, an epic set in the late Neolithic Age, was published in November, 2011 by Uffington Horse Press.  Learn more at https://sandrasaidak.com/

Tagged as attend conventions, Five Tips for Aspiring Authors, join a writer's group, Sandra Saidak, Shadow of the Horsemen, write what you love

Introspection on sharing myself with the world… 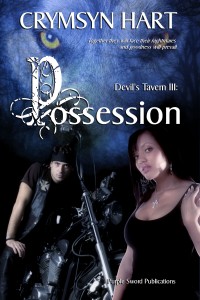 So I wanted to take a second to talk about Blogging, well my blogging to be specific.

I admit that I’m not the best blogger to keep up every week with a post. I do try. Although the posts come on the day they are due. My day job hits me at odd hours, since I work from home. There is the family stuff we all have to deal with and there are also the spoiled brats, namely my two dogs-Morrigaine, Black Lab and Cadence, Black Lab/Border Collie mix. She’s the crazy one that loves to run full throttle from outside, through the house, and take a flying leap over the arm of my couch and slide it across my floor. Yeah, she’s a cute little devil.

You would think I would blog about my thoughts on the books I read, but my reactions normally stack up to meh it was okay or yeah, I really liked it. How interesting is that?

My day job consists of working in the insurance industry and that will put you to sleep in five minutes once I start talking about it. That leaves talking about my characters or writing in general. I guess there are movies and a few ghost stories I could throw in once and a while, but hey I consider my life to be boring. Maybe others don’t.

I’ll try to be more entertaining unless you catch me on an off day and well then I can’t promise you anything.

So the motto from now on is:

A Newbie Looks at Dr. Who

Ok, so I’m the last person on the planet to discover the rebooted Dr. Who.  Regardless of that, I’m having a blast enjoying the 2005-2011 episodes thanks to Netflix.  I’ve enjoyed the (mostly) excellent writing.  I’ve loved the wittiness.  I really like the music.  But there’s something else I really appreciate.

In a media world that tends to favor violent characters like Jack Bauer in 24, it’s a wonderful thing to see a character who triumphs by the power of words and wit, cleverness and compassion.

I love that the Doctor gives his enemies a choice before he stops the problem, and that he solves his issues without guns.  Yet he is the most feared thing in the universe.  He understands that winning can come at a terrible price, and that power corrupts.  And although he has people who love him, he is still very alone.  That vulnerability makes him as human as the mortals he protects.

Favorite Doctors?  I’m very partial to Matt Smith (you never forget your first Doctor), with David Tennant coming in a close second.  Favorite companion?  Amy, along with Rory.  And I’m pretty fond of River.  Favorite episodes? I loved the weeping angels episodes, along with the two library episodes.

I’ll be looking forward to the new season this summer!  What are your favorites—Doctors, companions and episodes?  I’d love to hear!