Past, Present, or Future? – Jacey Bedford muses on the pros and cons of writing in different time periods.

I write science fiction and fantasy, but within those parameters I’ve always also written history. Sometimes it’s an identifiable period of our own history, sometimes it’s a history of the future.

What do I mean by history? The dictionary defines it as: the study of past events, particularly in human affairs. Whether it’s past history or future past history depends on your perspective. My Psi-Tech science fiction (space opera) trilogy is set five hundred years in the future, and in setting the scene and building the world/worlds/galaxy. I’ve had to work out the history of Earth to that point, and the history of humankind’s spacefaring. It’s not directly part of the story, but the meteorites that took out most of the USA and China in the twenty second century and almost knocked the rest of Earth’s population back to the stone age, obviously had a huge impact (no pun intended) on how Africa and Europe became the largest power centres. Mankind forged out into the stars, developing colonies in a period which became known as The Great Colony Grab. That’s barely mentioned in the story, but I need to know in order to make everything else follow logically. 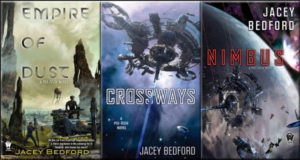 My Rowankind Trilogy is set in (mostly) Britain in a real historical period, so though I can add things like magic, shape-changers, Fae and witchcraft, I have to weave them around happenings that are immutable. Napoleon Bonaparte tried to conquer Europe (and almost succeeded). King George III was intermittently bonkers. When he wasn’t bonkers he used to go to Weymouth to be ‘dipped’ in the sea. His bathing machine was painted red, white and blue and had a ten foot flag pole on top, just in case anyone couldn’t guess whose bathing machine it was. Yes, I managed to use that lovely bit of information. Also the fact that William Pitt the Younger resigned as George III’s First Minister in 1802. leaving Henry Addington to negotiate a brief peace with France. All these are included into the story of Ross (Rossalinde) Tremayne, a cross-dressing privateer captain and witch, who, when the trilogy begins, is cruising the seas for prizes of fat French merchant vessels accompanied by a crew of barely reformed pirates and the ghost of her late husband. (I wrote a blog post on what’s truth and what’s fiction in the trilogy here: https://jaceybedford.wordpress.com/2019/04/09/the-truth-in-historical-fantasy/) 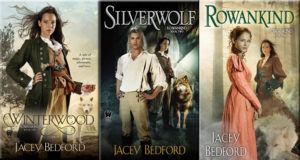 Both writing in the past and writing in the future deliver their own particular restrictions and opportunities, but I rarely write in the present. Present and near-future stories offer a particular problem. However much you try to reflect the time period we refer to as now, by the time a book goes to press, it will be out of date both politically and scientifically. Science is outstripping our ability to predict it. (CRISPR, anybody?) And as for politics, all bets are off. Who could have predicted two mop-haired muppets in power on opposite sides of the Atlantic? As I write, we wait to find out who the next UK prime minister will be, and (barring a miracle) it certainly looks as if that will happen. We wait with bated breath to see if our next P.M. will lead the UK straight out of Europe and off a fiscal cliff. And this morning the news arrived via the BBC that the US had called off a military strike against three sites in Iran with 10 minutes to spare. Yikes!) If I’d put that in a book five years ago, any editor would have rejected it for being unrealistic.

So I think I’ll stick to history, set in either the past or the future. In the end stories are about people regardless of the time period in which they are set. 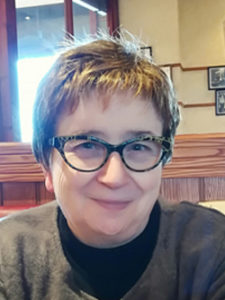 Jacey Bedford is a British writer of both science fiction and fantasy. Her six (so far) novels are published by DAW in the USA. She has two trilogies out and she’s currently working on a standalone historical fantasy set in an analogue of the Baltic States in the seventeenth century.

Her short stories have been published on both sides of the Atlantic in anthologies and magazines, and some have been translated into an odd assortment of languages including Estonian, Galician and Polish. Most recently she’s been a core author in three anthologies by the acclaimed Zombies Need Brains Press.