When the Grid Goes Down

One of the reckoning points when we watch apocalyptic shows like Revolution, the Walking Dead or the series Life After People is how quickly life as we know it vanishes without the power grid, at least for those of us in First World existences.

Without electricity, settlements in areas of extreme heat (like Las Vegas) or cold (like North Dakota), or that rely on either irrigation for water supply or on power to rid them of excess water could not sustain the population under natural conditions, at least not on the scale to which they have developed.

In my novel Ice Forged, magic functions like the culture’s power grid.  Most magic is of the small, convenient and useful variety–protecting crops from pests, draining swampy areas, preserving food, and the like.  Magic is their science, and those small magics undergird more of their everyday existence than anyone realizes until one day, the magic disappears.  A devastating war with the neighboring kingdom provokes the battle mages on both sides to employ a doomsday strike. The strike has the unforeseen consequence of breaking the bonds that had made it possible for people to control magic and returning the power to its wild, untamed state.  Fire rains from the sky, weather becomes more extreme, and in all the hundreds of ways in which people had depended on small magics, life falls apart.

One man might be able to restore the magic, but there are factions that like the opportunity chaos provides, and therein hangs the tale.

While I’m not usually a fan of modern apocalyptic stories, I was intrigued by the premise for Ice Forged for a couple of reasons.  First, because it’s a medieval apocalypse, which was suited to an epic fantasy format.  And secondly, because the idea of struggling to do things the old way, without magic, just got a hold of my imagination and wouldn’t let go.

Back in the 1970s, when the back-to-nature movement got started, the Foxfire books seemed to be on everyone’s bookshelves.  These books sought to impart what most of our great-grandmothers and grandfathers knew (and what the Amish and other cultures without modern technology still do, but city-dwellers don’t).  Canning, growing a backyard garden, folk cures and low-tech solutions suddenly became interesting as people began to wonder about sustainability and the unintended consequences of pesticides, EMF fields, chemical additives and other modern “miracles.”

I was on an apocalypse panel at Dragon*Con where we were talking about what it would look like 10 years after The Event. We agreed that preserving the accessible (no disk drives!) forms of knowledge that explain how to do the crucial things (farming, first aid, surgery, canning, etc.) would be essential for society to rebuild in less time than it required to evolve those technologies the first time around.  Blaine’s world has to go back four hundred years to find out how things were done without magic, so the transition is even starker.  And in order to try to fix things, you’ve got to live long enough to make the attempt. 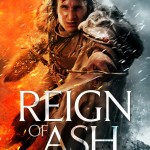 In Ice Forged, one group that adjusts without difficulty to the lack of magic is the talishte, the immortal vampires.  They remember how things were done centuries ago because they were around when it was done that way.  And while they’re quite capable of coping without magical conveniences, some of the talishte join forces with my hero, Blaine McFadden to bring back the magic because they appreciate the civilizing value and the convenience that “power grid” provided.

It’s the little things that disappear when the world ends, as much as the big things.  In Blaine’s world, when the magic fails, both the living and the undead have their reasons to get the world back on track, and their enemies have just as many reasons to want the dark times to stay as dark as possible.