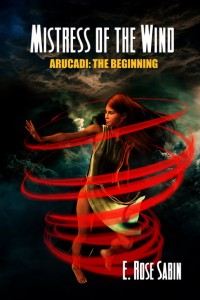 Q. What is the title of your newest book?  What’s it about?  Where can readers find it?

A. My newest book is the fantasy novel Mistress of the Wind, a novel set in the same world and country as my four YA novels: A School for Sorcery, A Perilous Power, and When the Beast Ravens (all published by Tor) and the independently published Bryte’s Ascent. However, Mistress is more “new adult” than YA. In the novel, Windspeaker Kyla Cren sings to the wind, understands its moods, gathers news from it, and treats it as her lover, yet she longs for a companionship that the capricious wind cannot provide. Her quest for friendship and love carries her to a land filled with hostility and hate, where her windspeaking ability is useless. To save herself, she must trust a magical and mysterious being whose lies have already sent her into grave danger, a young woman who has known nothing but treachery and deceit, and a man whose love can cause her death—or his own. It’s available from Amazon and Barnes and Noble as well as from my publisher’s site, https://www.double-dragon-ebooks.com

Q. What’s your favorite part of writing a new book or story?  What do you like the least?

A. My favorite part is the beginning, in which I expand on what starts as a vague ideas, develop characters, decide on the plot, and write the opening chapter or chapters.  That’s an exciting time, when ideas come so fast that I can hardly get them written on my computer. I also love reaching the end of a novel and tying it up in a satisfying way. Sometimes it turns out very differently from the way I expected and the ending works far better than the way I’d intended would have. I love it when the characters come alive and talk to me and point me in the direction the plot needs to take. The part I like least is writing the middle of the book, in which it seems that the novel can’t possibly work and what do I think I’m doing? I always have to slog through that stage, telling myself that I can fix the parts that don’t work and the novel  is doable, no matter how discouraging it may seem at that point. And generally I get through that and the novel works, although sometimes I do have to set that novel aside for a time and work on something else until I can take a fresh look at it and solve the problem that had stopped me.

A. I am on Facebook both with a personal page and an author’s page: E. Rose Sabin’s Books. I’m also on Twitter as @erosesabin and on Goodreads and LinkedIn as Elenora Sabin. I have posted all my book covers on Pinterest.

By the way, I write as E. Rose Sabin, using my first initial and my middle name so I can use a rose as my logo and mainly because people tend to misspell Elenora in many different and inventive ways.

Q. Who are your favorite fictional characters—your own, and from other books, TV shows and movies?

A. As for my own favorite fictional characters, I’d have to say Lina from A School for Sorcery and When the Beast Ravens and China from the Terrano Trilogy. (I enjoy writing the bad girls.) From other books, I loved Corwin from Roger Zelazny’s Amber series, Lisbeth Salander from The Girl with the Dragon Tattoo and its sequels, and Door from Neverwhere by Neil Gaiman—both the novel and the BBC TV series, and also from TV, Buffy the Vampire Slayer.

Q. What advice would you give to an aspiring writer?

A. Be persistent; don’t give up. But at the same time, don’t be in such a hurry to be published that you send your work out to agents and publishers before it’s ready. Be sure you’ve given it a thorough editing and have had it read and critiqued by other writers whose opinion you trust (not family members). I’ve seen too many self-published novels with amateurish errors in spelling, punctuation, and grammar and with plot holes large enough to swallow a house and garden. Have enough faith in yourself to accept criticism, decide whether it’s justified, and, if it is, make corrections that improve your work.

For a special treat, head over to the Ghost In The Machine podcast to hear E. Rose read from her latest novel by clicking here.