I watched in horror as the girl slid between the rails of the 10th floor balcony, looking at the ground far, far below.

It was my third year of college at the University of North Carolina, and I had come back to school early after the summer break to be an orientation counsellor for the new freshman class. I had just gone to bed when one of my counselees started banging on my door. “You’ve got to help me!” the guy outside the door exclaimed when I opened it. “Sarah was drinking at one of the parties, and now she’s up on the 10th floor talking about killing herself.”

We ran up the six flights of stairs (I was in much better shape then) to find one of my other counselees forcing herself between the rails of the railing. As I raced to her, she made it the rest of the way through. I don’t know if she would have jumped or not, and looking into her eyes as her head turned back to us, I’m not sure she did either, but I could tell she was seriously contemplating it (as if being on the wrong side of the railing wasn’t giveaway enough.) It was probably the scariest moment of my life.

I grabbed her through the rails, pinning her to the railing, and after several minutes of talking convinced her to come back through to our side. While the other counselee ran to call the hospital, I talked with her to find out what drove her to step outside the rails.

She was alone at school, away from home for the first time, and her boyfriend of several years had broken up with her. She didn’t have anyone she thought she could talk to and she had several drinks at one of the parties that were being held that night. It was a bad combination, and almost a fatal one for her.

At the time, I didn’t understand why she would want to throw it all away. She was just starting college and was an attractive young lady; she would have had a number of folks interested in her. Back then, I didn’t know anything about depression…how it eats away at you from the inside, causing you to think that no one cares until you finally believe it. How the world would be better off without you. How it would be better to end it all and make the pain go away.

Having had a serious bout of depression since then, though, I do understand those things, and here’s what I know. Depression isolates you from everyone else. You don’t think that anyone else could ever understand what you’re going through. This deprives you of the one thing you need: someone to talk to. I didn’t have anyone I thought I could talk to, for a number of reasons, so I kept my problems bottled up. I could deal with them myself, I thought; better that than worrying anyone else. And that’s when the first tendrils of depression started working their way into my mind. And once they’re in, they strangle off all reason and eat you from the inside out, until you give up hope.

Alcohol is no help. As Sarah found out, it only removes that last bit of rational thought keeping you from doing something really stupid. Having seen it in action once, I knew better than to drink…even though I wanted to really badly. That kept me together, barely, until things changed a little and I found someone to talk to. Just the simple act of talking about part of my problems let me release enough of the stress to start on the way to recovery. I survived, but it was a lot closer than I liked. I heard the voices…whispering, urging…but was able to keep them at bay. I still hear them, sometimes, when things aren’t going well. Once they’re in, they never completely go away.

Not everyone is able to keep the voices at bay, though, and the only way they’re going to get better is to talk to someone. A professional, if possible, but any outlet helps. If you see a friend withdraw from society, be there for him or her; talk to them. You never know, you just may save their life. 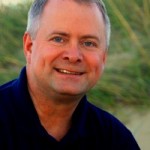 #HoldOnToTheLight is a blog campaign encompassing blog posts by fantasy and science fiction authors around the world in an effort to raise awareness around treatment for depression, suicide prevention, domestic violence intervention, PTSD initiatives, bullying prevention and other mental health-related issues. We believe fandom should be supportive, welcoming and inclusive, in the long tradition of fandom taking care of its own. We encourage readers and fans to seek the help they or their loved ones need without shame or embarrassment.

Please consider donating to or volunteering for organizations dedicated to treatment and prevention such as: American Foundation for Suicide Prevention, Home for the Warriors (PTSD), National Alliance on Mental Illness (NAMI), Canadian Mental Health Association, MIND (UK), SANE (UK), BeyondBlue (Australia), To Write Love On Her Arms and the National Suicide Prevention Hotline.

To find out more about #HoldOnToTheLight, find a list of participating authors, or reach a media contact, go to https://www.facebook.com/groups/276745236033627/.