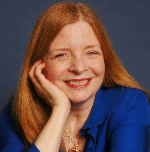 What is the title of your newest book or short story? What’s it about? Where can readers find it?

My next release will be “The Clockwork Nightingale” in the Steampunk fairy tale anthology Gaslight and Grimm, coming from eSpec Books in May 2016. It’s currently available for pre-order at Amazon, Barnes and Noble, and your local bookseller. Starting at Balticon, which will be held in Baltimore over the Memorial Day weekend, you’ll also be able to buy it directly from eSpec Books at selected SF/fantasy cons.

How did you choose to become a writer?

It happened so early, I’m not sure it was a conscious choice. Part of it was my parents’ love of reading and the scope of things they read me at bedtime—everything from army regulations to Greek mythology to Shakespeare. Part of it was certainly my dad’s unrealized literary ambitions. He was a born storyteller, but he never got the chance to write professionally. In any event, I started inventing my own fairy tales before I hit kindergarten. I wrote a play about the theft of Thor’s hammer in fourth grade. Then I discovered Brenda Starr in the newspaper and Lois Lane in the comics, and my fate was sealed.

What’s your favorite part of writing a new book or story?

Seeing all the parts of a shiny new story come to life in my head.

Trying to get all that shiny on the page. Somehow, it never reads the same as they did in my head. In addition, as I’m slogging my way toward “The End”, I always reach a point where I’m sure my current effort is the worst story ever written. It’s so bad, somebody’s going to sneak into my house in the middle of the night and take away my writer card. And maybe my cat.

They haven’t succeeded yet, but I suspect it’s only because the cat hides from strangers.

What inspired your new book or story?

Equal parts desire and desperation. I knew I wanted to write a story for Gaslight and Grimm from the moment I heard about it. Unfortunately, my first choice for a story had already been taken…and my second…and my third. Then co-editor Danielle Ackley-McPhail said she was open to classic fairy tales from other sources, at which point my wayward brain proposed setting Hans Christian Andersen’s “The Nightingale” in a frontier saloon, complete with bare-knuckle bullies, love-struck engineers and a singer with a diamond heart. Somewhere along the way a little Casablanca crept in there, too. I’m still not sure how that happened.

How do you research your stories?

Like a sponge—no kidding! Once I have a vague idea of the story I want to write, I’ll grab everything that looks fun or useful from the internet, my local library, TV, radio, the movies, my bookshelves and local color. I take notes and photos, assemble electronic and hard copy files. I’ll even draw maps. Then I’ll start writing, discover I’ve missed something, and back to the books and Internet I’ll go. I won’t say research is the best part of writing, but sometimes it comes close.

###
Jean Marie Ward writes fiction, nonfiction and everything in between, including novels (2008 Indie Book double-finalist With Nine You Get Vanyr) and art books. Her stories appear in numerous anthologies, such as The Modern Fae’s Guide to Surviving Humanity, The Clockwork Universe: Steampunk vs. Aliens, and Tales from the Vatican Vaults. The former editor of Crescent Blues, she co-edited the six-volume, 40th anniversary World Fantasy Con anthology Unconventional Fantasy and is a frequent contributor to BuzzyMag.com. Her website is JeanMarieWard.com.

One Response to Q&A with Jean Marie Ward