Making a Connection to Fairy Tales via Steampunk 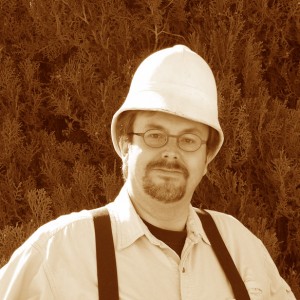 Grimm’s Fairy Tales were among the first stories I remember hearing.  My grandmother read me such stories as “Hansel and Gretel,” “The Elves and the Shoemaker,” and “Rumpelstiltskin.”  Among the first movies I saw were Disney’s Snow White and Cinderella.  Of course, I can’t forget The Bullwinkle Show whose “Fractured Fairy Tale” segments featured delightfully twisted versions of “The Fisherman and his Wife” and “Rapunzel.”  The problem is, timeless as these tales were, I always felt separated from them by the gulf of time and space.  I grew up in a land with no kings or princesses, much less enchanted fish or cobbler elves.

Fairy tales have a long history. When first told, the people hearing them could relate to the pastoral settings.  Relatives might know characters like those in the stories.  “A long time ago, in a land far away” is a phrase invented to connect those of us who don’t have those experiences back to that distant time.  However, the original audience of fairy tales didn’t need that link.  For all they knew, the time was only a generation or two ago and the land of the story could be just over the hill.  The stories were meant to be relevant to the audience.

My paternal grandfather was a World War I veteran. I inherited the pith helmet he wore in the service.  After the war, he went to work for the railroad during the last years of the steam era.  My maternal grandparents homesteaded in Northeastern New Mexico. They worked on ranches and in a general store, living in the real Wild West.  I spent time on that land as a kid and I’ve ridden on trains pulled by steam engines through the mountains of Northern New Mexico and Southern Colorado.  The steam era is not my era, but I feel personally connected to it.

Steampunk is a genre that looks at the not-so-distant past through a magical lens.  Some authors invoke literal magic while others imagine technology taken to such an extreme it becomes magical in its own right.  Either way, it’s easy for me to imagine those steampunk worlds as ones that existed just over the hill from the places my grandparents experienced and shared with me through their stories.  My Clockwork Legion steampunk series which begins in the novel Owl Dance and continues in Lightning Wolves is set in a west inspired by the west my grandparents homesteaded.

When Danielle Ackley-McPhail asked me to pitch a story for the collection Gaslight and Grimm, one of the stories I suggested was a steampunked retelling of the Grimm Fairy Tale, “The Dragon and his Grandmother.”  It was the story of soldiers escaping a terrible war through the aid of a duplicitous dragon. I easily imagined soldiers in pith helmets like my grandfather used to wear.  A huge dragon belching smoke and fire, reminded me of a powerful locomotive and I had a flash of a mechanical monster that could have been.

Steampunking a fairy tale might not bring it completely up to date, but it brings it up to my grandparents’ generation.  I can imagine the stories in Gaslight and Grimm taking place in a world parallel to the one they inhabited.  As a result, those stories give me another connection to my grandmother and allow me to smile again as I remember her telling me those stories.  I honor her memory by continuing the tradition and telling you stories.  I hope you’ll drop by my website at davidleesummers.com and learn more about the stories I tell.

2 Responses to Making a Connection to Fairy Tales via Steampunk