When the end is nigh, take another look at your characters’ “victory conditions” 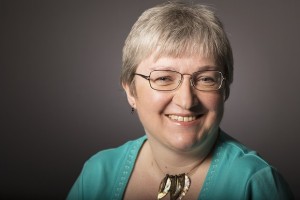 Preparing the ebook edition of the final volume of The Aldabreshin Compass set me thinking about the challenges I faced when writing this particular story as well as the wider questions which authors must answer when they’re wrapping up a multi-book series. Because there are some significant pitfalls to be wary of.

There’s a fine line to tread between ‘and they all (eventually) lived (more or less) happily ever after’ and ‘they all came full circle and hit the Reset Button’. The first can and arguably should be satisfactorily achieved, because ending a series with overall failure is hardly rewarding the reader for their time and commitment. On the other hand, hitting the Reset Button treats the reader just as badly, when an entire series ultimately fails the ‘So What?’ test. What was the point in following those characters through all that travelling, learning and struggle if nothing has really changed?

Quite apart from anything else, if your characters have been on a multi-volume journey, whether that’s literal or metaphorical, they’ve been planning for anticipated challenges as well as facing unforeseen threats. Surely they themselves will have changed? Real life, in fiction as well as in fact, is all about emotional growth and learning through experience. And the best fiction is always ultimately grounded in reality.

Which brings us to “victory conditions” which is an expression wargamers will be familiar with. If it’s new to you, it’s most satisfying when it’s far more complex than simply ‘beat the other guy and/or his army’. It can be ‘defeat a certain percentage of his army within a certain timescale’, like Napoleon at Waterloo needing to break the British army before the Prussians arrived. It can be ‘fight the other guy to a standstill’, like the Russians at Borodino who managed to mostly-not-lose-entirely rather than win that battle. That was still enough to mean Napoleon couldn’t force the Czar to surrender completely. Some games offer variations on victory conditions. We’ve been playing the tabletop Firefly game as a family recently, where winning the introductory scenario requires amassing a certain amount of credit and making two key allies. The longer scenarios for more experienced players have far trickier requirements for success.

In real life, as well as in gaming, and in fiction, victory conditions can change. Something I’ve seen time and again in martial arts is a shift in perspective once people attain their black belt. Starting out, every grading and each new coloured belt is generally seen as a rung on the ladder to that ultimate goal of black. That’s the summit of their ambition. However, by the time they’ve reached that level of experience, their understanding has usually developed so that they now recognise a First Dan grade isn’t anywhere near the end of their journey. Rather that achievement marks the point where they’ve laid a sufficiently solid foundation of skills and knowledge to appreciate the far deeper and more complete learning that’s still to come.

All this informs my writing. As the Aldabreshin Compass series begins with Southern Fire, the central character Kheda, warlord and absolute ruler of a tropical island realm, faces vicious invaders backed by brutal sorcery. In subsequent books, he realises that was merely the first of successive challenges stemming from all this upheaval. In Northern Storm, fighting magical fire with fire is not so easy when wizardry of any kind is forbidden in the Archipelago on pain of death. Add to that, in a feudal society full of rivalry and intrigue, there will always be those who’ll pursue their own, short-term advantage over and above any commitment to the greater good.

Such behaviour may be contemptible but those people can’t be ignored, by characters and authors alike. Turn your back and they’ll be sure to stab you between the shoulder blades. So keep your eye on them, and take a good hard look at their own victory conditions while you’re at it. Working out what they ultimately want may well show you the key to defeating them. Ideally achieving your own victory in ways that readers won’t be expecting at all, because the all-too-easily predictable end to a story is another writerly pitfall lurking at the end of a series.

Kheda’s journey is both literal and metaphorical throughout these books. He travels the length and breadth of the Archipelago as well as voyaging to an unknown land far beyond in Western Shore. Along the way, he meets new people and new ideas which profoundly alter his world view. he’s a very different person by the time Eastern Tide sweeps him back to more familiar waters. His personal victory conditions have become something very different indeed. 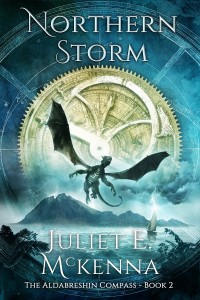 While he’s doing all this, life for everyone else left behind goes on. All those people are still pursuing their own victory conditions. This highlights another fatal flaw of any ‘Hit the Reset Button’ conclusion. A realistic scenario will simply not allow for characters returning to easily slot back into holes and roles in other people’s lives which have been waiting for them, unfilled. Characters having to fight physically or emotionally to regain their former place can work but that’s another story.

Will Kheda achieve his new ambitions? You’ll have to read the books to find out. If you want to get a taste of these stories first, you can find the opening chapters via my website, along with some short stories about some of those characters getting on with their own lives while Kheda’s away.  https://www.julietemckenna.com/?page_id=1390

Juliet E McKenna is a British fantasy author, living in the Cotswolds, UK. She has always been fascinated by myth and history, other worlds and other peoples. Her debut fantasy novel, The Thief’s Gamble, first of The Tales of Einarinn was published in 1999, followed by The Aldabreshin Compass sequence and The Chronicles of the Lescari Revolution. Her fifteenth book, Defiant Peaks, concluded The Hadrumal Crisis trilogy. She writes diverse shorter fiction ranging from stories for themed anthologies such as The Modern Fae’s Guide to Surviving Humanity and Tales from the Emerald Serpent to a handful of tales for Doctor Who, Torchwood and Warhammer 40k.  Exploring new opportunities in digital publishing she wrote a serial novella The Ties that Bind for Aethernet e-magazine and her Challoner, Murray and Balfour: Monster Hunters at Law short stories are now available in an ebook edition from Wizard’s Tower Press. She also reviews for web and print magazines and promotes SF&Fantasy by blogging, attending conventions and teaching creative writing. Learn more about all of this at www.julietemckenna.com