How to Write a Mystery (A Romance Writer’s Perspective) 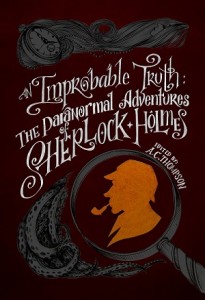 My creative writing instructor in college used to say there are two kinds of story:  character stories where the action is created by the personalities and motivations of the characters, and situation stories where characters are placed in a carefully constructed situation and have to fight their way out. By this system, most of the stories I’ve published—romances of one kind or another—have been character driven, unfolding as they do because of the passions and prejudices of a unique protagonist.

But mysteries are situation stories. A murder is committed; the jewels are stolen; a man’s wife disappears. Well-drawn characters are still essential, of course, just like a good action plot can make all the difference in a romance. But some of the best and most successful mystery writers use the same fascinating protagonist in book after book—Hercule Poirot, Alex Cross, Kay Scarpetta, Sherlock Holmes. These same characters can be put in an endless series of new situations to create new stories because the situation is what really grabs the reader and carries them through to the end. When I got ready to write “The Fairy Pool,” my entry in An Improbable Truth: The Paranormal Adventures of Sherlock Holmes, a new anthology from Mocha Memoirs Press, I had some of the best characters ever created to play with. But to construct the perfect situation, I had to throw out my romance writer’s playbook and work it the other way around.

I didn’t follow my original outline exactly, and almost every scene needed much more space than I had expected it would. (When you read the anthology, you’ll see my story is one of the longest.) But this framework is what carried me forward to a conclusion that felt satisfying to me and will hopefully feel satisfying to readers. A lot of the time, I felt like I was writing backwards, but it was exhilarating. I had never written a full-on mystery before, but I’ll definitely do it again.

Lucy Blue’s first publication was in 1998 as one of the two writers of Forever Knight: These Our Revels, a tie-in novel that put TV vampire detective Nick Knight in Shakespeare’s London for the premiere of Hamlet. Currently she is an author and editor for Little Red Hen Romance. In between, she published six historical paranormal romances with Pocket Books/Simon and Schuster. She is married to artist Justin Glanville, and they live in a crumbling Craftsman in Chester, South Carolina, with their Jack Russell mix, Luke, and enough uninvited backyard wildlife to get them a show on Animal Planet.

From “The Fairy Pool” by Lucy Blue

“Watson, where are you going?” The ambush came as he’d expected from the dim recesses of Holmes’ library, a shout through the open door.

“I told you.” He placed his case by the door and went calmly to the cupboard for his overcoat and hat. “Mary and I are going to visit an old school chum of hers in the country.”

Sherlock popped out of the library like a jack from a box. “It’s a lie.”

“It is not.” Watson smiled the mild smile of the righteous man. “Why should I lie?”

“Well done, John.” His friend’s color was high and dramatic. Either he had already imbibed some chemical stimulant at nine in the morning, or the mere fact of John’s leaving had sent him into the first stages of frenzy on its own. “For once, you’ve hit upon the crux of the question without prompting. Why indeed?” John removed the train tickets from his pocket, and Sherlock snatched them from his hand. “Ravenglass,” he read.

“In the Lake District,” John said, taking them back. “Mary’s friend Seraphima grew up there. It’s meant to be quite lovely.”

“In summer perhaps.” The great detective was obviously unconvinced. “In October it will be a miserable bog. And really, John, Seraphima? Is that the limit of your invention? Seraphima is the name of an Italian carnival dancer, not the school chum of one’s respectable fiancée.”

John was inclined to agree. “Nevertheless, that is her name. Her aunts are the novelists Nora and Mirabel May. Perhaps one of them chose her name.”

Sherlock frowned. “That does seem plausible.” He took the tickets again and sniffed them. “As spinsters and the most prominent and financially successful members of the family, they would no doubt exert a certain influence over the naming of offspring, particularly those from poorer branches of the clan.”

“Seraphima was orphaned at an early age and brought up by the aunts,” John said. “So I’m sure you must be right.”

“One hardly follows the other, but yes, I must be.” He sniffed the tickets again. “When did you purchase these?”

John took them back. “Yesterday afternoon.” He put them back in his pocket. “I had just returned from the station when I told you about our trip.”

Sherlock’s smile was positively demonic. “That is a lie.”

“Those tickets rested for no small time in close proximity to the bare skin of your fiancée—next to her bosom, unless I miss my guess.”

John’s eyes popped. “I do beg your pardon!”

“They reek of her perfume—an ordinarily subtle scent intensified precipitously by abundance, heat, moisture, or some combination of the three. Since Mary is an extremely hygienic young woman not given to bathing herself in perfume or acts of great physical exertion, I deduce that she carried the tickets next to her skin while in a state of anxiety which resulted in greater than usual perspiration.”

“Have you been sniffing my fiancée?!?”

“No, but really!” Ordinarily Holmes’ deductions were a source of wonder and no small delight to his friend, but this seemed not only improper but highly perilous. “Who are you to recognize her scent?”

“I recognize the presence of Mrs. Hudson’s favorite hack driver by the lingering aroma of horse shit on my hall rug,” Holmes said. “This in no way represents a symbolic romantic attraction.” Now that he had the upper hand, his smile was almost warm. “Tell me the truth, John. Why are you going to the Lake District? What has Mary so frightened?”

“She isn’t frightened, Holmes; don’t be so dramatic.” He handed over the newspaper clipping Seraphima had enclosed with her frantic letter. “Merely concerned.”

“The missing girl apparently has some connection to Seraphima and her family,” John explained. “She’s only seven years old, and Seraphima feels responsible for her in some way. She wrote Mary to ask if I might come and offer my assistance to the police.”

“You?” He handed back the clipping. “She asked for you?”

‘Why not?” John said, trying to remain unruffled. “She has read my accounts of your exploits, so she is aware of my expertise in such matters.”

“Your accounts, my exploits.” Holmes was heading for his bedroom. “Expertise indeed—do they want a nicely typed story for the newspapers, or do they want the girl found?”

“Perhaps they don’t want their lives turned upside down by a raving madman whose methods of investigation require the emotional ruin of everyone even remotely involved.” John followed and found him throwing a seemingly random collection of personal belongings into a case of his own. “Holmes, you are specifically not invited.”

“Nevertheless, I shall go.