Kickstarter, Publishing and You 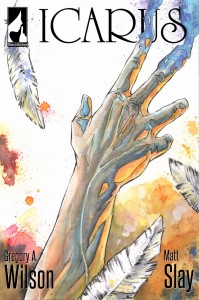 Maybe you’ve heard about Kickstarter. It’s one of several sites that are part of the crowdfunding trend that’s hot right now. Why should you pay attention? Because Kickstarter and crowdfunding are becoming an important part of publishing in today’s online world.

Kickstarter is a site where inventors, authors, video game designers, product developers and people with a great idea can pitch it to the world and ask for funding. It’s the democritization of venture capital, making angel investors of us all, often for sums as low as one to five dollars.

It’s interesting that Kickstarter and similar sites have catapulted to popularity during a recession, when credit is tighter than usual and publishing is struggling to reinvent itself.  Publishing houses are worried about the bottom line, and that’s making it harder for authors to get contracts to continue midlist series or launch new projects.  Small presses are picking up some of the slack, but they usually can’t offer much (if any) of an advance, and some authors need the security of money in hand before investing the work necessary to bring a book to life.

Enter Kickstarter. If an author has a loyal following, even if that following isn’t huge, he or she can put together a Kickstarter project to write the next book in a series dropped by a publisher, start a new series deemed too risky by conventional publishers, or bring an anthology to market.

Crowdfunding lets the market decide–and fund–what it wants. While this is a big change from the way things have been done in the last fifty or seventy years, in some ways, it’s a return to the way business has been done for thousands of years, with the help of patrons who underwrite expenses. Except that now, instead of finding a wealthy individual or a powerful institution, the average person can kick in a buck or five and maybe be part of the next big thing.

Recently, I’ve been part of three Kickstarter publishing projects. Two of the projects raised substantially more money than their original goal, enabling them to add extra features. One project is still underway, but making great strides towards its goals.  The first two projects were anthologies, and the third is a graphic novel.  What’s important to remember is that each of these projects succeeds because it has made a direct connection with customers who want exactly that type of product, and aren’t finding what they want in the “regular” marketplace.

Thinking about using Kickstarter for your next publishing project? There are some things you need to know.

Kickstarter projects ultimately rise or fall on three key points: 1) the strength of the concept; 2) the social media energy of the product’s supporters; and 3) how well the concept originator communicates both the core concept and the specific benefits funders will receive for every funding goal met.  In this sense, Kickstarter success is a quintessential exercise in marketing.

For example, the second Kickstarter anthology in which I participated (Athena’s Daughters) was an anthology of science fiction/fantasy short stories with adventurous female characters written by women writers. The authors on the roster ranged from established pros to lesser-known but published professionals to new authors. The Kickstarter outlined what rewards backers would receive every time the project reached a new milestone. Rewards included free ebooks, e-short stories, paper books and artwork, music CDs, professional services and recognition as a patron in the book. In addition, eight more authors were eventually added, making the original anthology a larger book, a second related anthology was funded, and a sequel was funded. All three books received enough funding to produce a trade paperback edition and a limited hard cover edition.

In this case, the Kickstarter project had an original funding goal of $8,500, and in its 29 day run, 1907 individual contributors raised over $44,000 to bring the project to life. In exchange, backers got the entertainment value of watching the tally rise day by day (including a white-knuckle last half hour to hit the final goal that rivals any sporting match for drama), eight free ebooks (in addition to the original anthology), thirteen free e-short stories, a free music CD, free original artwork, and recognition for being part of the process. In addition, the project will donate a portion of the proceeds to charity. That’s a lot of value for a $5 contribution!

The concept’s strength and originality is a key point in attracting backers. If you’re thinking of doing a Kickstarter, make sure you can clearly explain what your project is all about, why it’s different, and who is the intended audience. Here’s where marketing comes into play. Successful Kickstarters incorporate video to share their message, include lots of photos of the project, and go into great details about features and benefits.

Likewise, they provide copy that outlines exactly what backers receive for their specific dollar-level contribution as the project reaches funding milestones encourages readers to invest. By including everyone in the rewards that are unlocked milestone after milestone, investors have a reason to help you spread the word, effectively marketing your project for you.

Social media plays a key role in funding a successful Kickstarter. That’s one reason anthologies do well, because they are a team effort and appeal to the readership of a dozen or more authors. On the other hand, I’ve seen individual authors and product developers also successfully Kickstart their projects by reaching out to their personal networks through social media and encouraging friends to tell friends.

Friends telling friends is really the secret to funding a Kickstarter, and it’s the essence of viral or word-of-mouth marketing. The more friends you can connect with early and often on social media, the more active you and they are in spreading the word, and the more interconnected interested parties are in talking up the project, the more buzz is in the marketplace and the more people find the project and contribute.

For example, the Kickstarter anthology project included seventeen original authors. Most were already active on Facebook or Twitter. 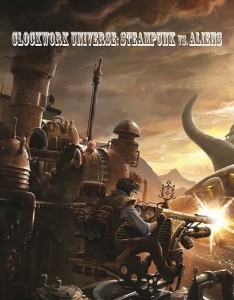 The authors immediately liked, friended and followed each other so they could retweet, share, like and comment on each other’s posts about the project. The Kickstarter also had a Facebook fan page, a Facebook event page, a Tumblr page, Twitter hashtags, Pinterest posts, a YouTube video and a Goodreads event. Authors and their friends talked it up on all those social media sites plus others like Reddit and Google+, and reached out to bloggers, podcasters and book review sites. They kept up a constant flow of commentary, banter, witty repartee and flat-out asking for funding for 29 days, often interacting with each other in real-time on multiple platforms at once.  (And should you think the authors were all twenty-somethings, the average age was 40+).   Kickstarter needs constant buzz.  It’s not a set-it-and-forget-it medium.

Kickstarter creates an exciting opportunity to reach what pundits call the “Long Tail” of customers. The “long tail” refers to the trail of a comet, which stretches on for a long, long time beyond the comet itself. The marketing theory around the “long tail” holds that there are viable niche markets that often go untapped because they are too small to be profitable for the business models of very large companies, but which can provide a very nice living for entrepreneurs or small, efficient companies that can tap that niche and provide a desired outcome.

Thinking about bringing your product to market but stymied on funding? Take a look at Kickstarter. But remember, what appears to be just a funding mechanism is really an endeavor that requires a lively network, a clear concept, a niche audience and a lot of marketing mojo.