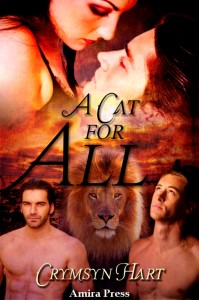 Crymsyn Hart
What is it about the past that fascinates us? Is it imagining what a time was like or how a person lived back hundreds or thousands of years ago? Maybe it’s because as humans we are drawn to know where have come from. Or maybe it’s a way for us to escape the reality of our lives and imagine ourselves living the life that person lived. Or maybe when we think about them, we like to put a different spin on what their lives had been like. Think of the greats of history: Cleopatra, Caesar, the great Egyptian Pharaohs and so many more that stories have been written about.  So many tales have been penned shifting the facts around to suit an author’s imagination. I don’t know how many times I have read a story where Cleopatra ended up being a vampire.  And we all know the story of the mummy who came back to life set off by an evil curse because the archeologist descended into the tomb when the curse was clearly started above the entrance to the tomb.
What enthralls me about the past is the idea that there are so many things we don’t know.  Take Easter Island for example. The giant statues on the island are amazing, but we may never completely know the mystery behind them. Or the secrets of an ancient mummy sitting in a museum that travels all over the country.
Today I went to a mummy exhibit and even though modern technology has been applied to the mummies to identity what sex they are or if they died from a disease, there are some that those enigmas can never be solved. So it got me to thinking, what was there story? But then again, it’s like everyone else I meet on the street as well as in the past. What is their story?
I might never know, but my brain begins concocting worlds around the people, past and present. And poof, a character appears. And then I ask, what is your story?
Do you wonder what mine is?