The Greatest Teacher You Never Had 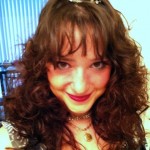 I haven’t had a lot of odd jobs in my life. Most of my jobs–like my relationships–have been long-haul kind of things. My first job was concessionist at a movie theatre when I was sixteen–by the time I turned twenty, I was running the place. That same year I graduated college and got a second job at a bookstore, and I haven’t left the publishing industry since. But there was a very brief time, in those first few months after I moved to Tennessee, before I landed the library job and another movie theatre gig, that I put my resume in at a temp agency so that I could get on the roster as a substitute teacher.

I sat in at the Daniel McKee Alternative School in Mufreesboro. That’s right, I got an entire day with juvenile delinquents. Right now you probably think you know exactly how this story ends, but you would be wrong.

I had a wonderful time with the kids. We chatted and laughed. We played Hangman with movie titles. One of the boys made me a rose out of a napkin. The only time I ever felt out of place was when I overheard one girl saying that her dad could drink another girl’s dad under the table any day. We didn’t do anything on the syllabus (they claimed they’d already done it), but they didn’t burn the school down, so I call it a win.

The second time I got the call, I was asked to sit in for a band teacher at Smyrna High School. Band? Ha! I couldn’t play an instrument if my life depended on it, but I was still excited. I put on the exact same outfit I wore to Daniel McKee, drove forty-five minutes to get to the school, and walked right into the office…where the secretary promptly ignored me. I took the initiative and asked, “Where is the substitute teacher sign-in sheet?” She pointed me to a closet-sized room behind her desk, and then promptly got up from her chair and walked away.

As I was signing in and greeting the other subs, I was stopped by a woman in the doorway with a horrible hairdo, pearls, and way too much make-up. The secretary peered anxiously over her shoulder. She introduced herself as the Vice Principal, and then proceeded to inform me that I was not adhering to the dress code.

I was taken aback, not just by her ridiculous accusations (since my oversized sweater and black leggings had obviously been fine for the other school) but also by the fact that the placement of her confrontation (the doorway) forced every one of the other subs to witness my scolding. She told me that my options were to go home and change, or to let them call in someone else in to sub. I was not about to drive an extra 90 minutes to kowtow to this woman’s demands, so I told her to call someone else.

As I stomped out, a student asked incredulously, “You’re substituting for Mr. Miller?” “Not anymore,” I answered.

To this day, I’m not sure how I would have handled that encounter differently. I could have put on my prom dress and gone back. I could have accused the woman of blatant age discrimination, which in hindsight was painfully obvious. (I looked like a high school student until I was 30. Now I look like a college student.)

I do know one thing, though–I wouldn’t have let the event affect me as deeply as it did. I let this woman crush my soul and spiral me into a horrible depression. In five minutes, this complete stranger brought back all my teenage insecurities and slapped me in the face with them. Because of her I turned down every other future sub request from the temp agency. Only later did I find out that a few of those calls were from a dear friend who taught an English class and had specifically requested me. I regret not taking those calls, and I am not a person who lives to regret.

As a writer, however, I highly valued this encounter. I needed to experience what it was like to face adversity, to be caught off guard. I needed to know that one’s past never stops haunting. I needed to know that even my strongest main character is subject to emotional downward spirals.  I needed to accept the fact that some internal struggles will never be resolved. In the adventure of life there is no “right” answer. The only “wrong” answer is not moving forward.

I think the person who learned the most was me.