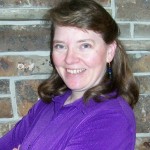 Titles are very important to writers. They are what grab attention and coax readers into opening the cover. My favorite title comes from a science fiction novel by Julie Czerneda – A Thousand Words for Stranger (https://www.czerneda.com/sf/thousand.html). My imagination went wild. I had to read that book. I’m glad I did. It’s a great story.

I hate finding a title. Sometimes it takes almost as much time and effort as writing the book. Titles need to capture the essence of the story, and still be pithy, short, and memorable. It’s an art form I struggle to implement.

I usually leave the title to last. I’ll come up with a working title, something I hate, and use that until I have time to figure out something better. Which may or may not happen.

My first novel was originally titled “Dace”, short and sweet and captures the book. Except it didn’t capture audiences. A good friend of mine, who’s also an author, pointed out that my title said everything to me, but nothing to anyone who hadn’t read the book. So I tossed the title and dug deeper, coming up with Nexus Point. A nexus is a point of origin or a zero point. It’s the place where something starts. I thought it was a great title for the first book in a series. The events of that book set in motion the rest of the series. It worked, mostly, because I landed a publisher. One reader commented that she didn’t understand the title. And there are three science fiction books with the same title that came out in the same decade. It’s not unique enough.

Book three, the one releasing mid-April, had a working title I despised. I couldn’t find anything better, though. I knew the release was coming so I turned to my internet friends. They came up with some great suggestions, but since most of them had never read the book, the titles didn’t fit. I spent several days digging through ideas, looking for that perfect title. And then it hit me, why not use a chess strategy? The book references the situation as a game with very high stakes. Queen’s Gambit has been overused as a title, though. It didn’t quite fit the story. I dug deeper. And then I found the perfect strategy.

It’s obscure and unless you’re a chess buff, you probably have never heard of it. But the title still works for those who have no clue it’s a chess move. Dace, the main character, is a pawn, set out as bait and seemingly unprotected. The bad guys should find her irresistable. But she’s poison, taking her will cause them all sorts of grief. The name suggests a story with intrigue and danger and someone being used. It only took me six years to find the perfect title for the book.

Do you struggle coming up with titles for your work? What titles have grabbed you and never let go?

For those who’ve been nice enough to read this whole post, I’m offering a free ebook of Nexus Point. Just go here https://www.smashwords.com/books/view/10672 and enter the code: AA47G (expires 5/31/13)

Links to all three books, in print and ebook, can be found at www.altairanempire.com