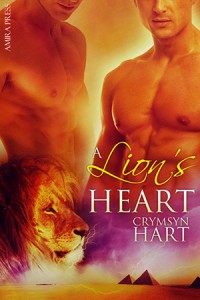 This past weekend I attended ConCarolina’s with my fellow bloggers, Tina McSwain, Gain Z. Martin, and J.F. Lewis. It was nice to see them and say hello since that doesn’t happen much. As much fun as I had hanging out with all the other authors and meeting such wonderful fans and new ones, I am still recovering. Who would think three days of talking would be tiring, but it is. Although it is exhausting, it also invigorated me to get back to writing.  I guess my muses got over eating their pot brownies and were tired of parting with the Kilingons and singing karaoke.

Once they recovered, they were at me like bears on honey and all they wanted to do was tell me their stories. Trying to slow them down these past couple of days has been rough, but I am managing. At the end of the month I’ll be at FandomFest in Louisville, KY and I’ll be doing the same and meeting new people. That is the glory of the conventions getting to meet wonderful people and hanging out with other who are of like minds and sometimes like muses.

Of course my muses are trying to tell me stories of what they did while I was at ConCarolinas, but I keep telling them, what happens at the Con stays at the Con.

I Can’t Remember The Last Time I Had a First

At this point in my life and paranormal career, it is rare that I experience a “first”. This past week, I had an exceptional one on Monday night. I had completed a speaking engagement in Fort Mill, SC and was returning home. All of a sudden, I noticed the car lights behind me were being blocked out. I thought to myself, “the lid on my travel box must have come off and I am seeing it in the back window”. As I continued down the dark road, trying to see through the back window into the truck bed behind me, I realized it was not the box lid. Instead, it was an unearthly passenger riding along with me in the backseat. Now, this is not the first I am talking about, I have had ghostly hitchhikers before. What happened next was.

I picked up my cell phone to call my CAPS colleague who was driving behind me to advise her that someone had apparently left the speaking venue with me. I dialed the number and waited for her to answer. She has one of those phones that play music before she answers. I heard this music, then nothing. I said her name over and over again but did not get a response from her. What I did get was a response from an elderly lady’s voice saying “help me, I need your help”. That was the first.

I had heard of spirits using the phone lines to communicate, but I had never had this happen to me until Monday night. Quite surprised and somewhat taken aback, I thought about pulling over. It was about this time that my colleague called me. She asked, “Tina, did you call me? I saw the number, the call connected, but I couldn’t hear you”. Excitedly, I began to explain the reason why. I quickly concluded our conversation, and turned my attention to the lady in the backseat. I could now feel her presence as well as see that she had dark gray hair and was wearing a blue blouse or jacket. While driving north on I77, glancing in the rear view mirror from time to time, I began to speak to her directly. And in case you’re wondering, as a Spirit Rescuer, I did give her the aid that she had asked for, and helped her to move on.

This category includes beings that are neither human nor demon but something in between. While our modern world may scoff at tales of leprechauns, imps, sprites and fairies, centuries of stories and alleged encounters make them all too real for many cultures. Leprechauns are of course associated with Ireland. The other creatures listed above are most notable in Great Britain and other European countries. To this day in Iceland, roads and construction projects are planned very carefully so as not to disturb Elfin dwellings. Such an imposition is said to infuriate the little people, who promptly retaliate by taking apart or destroying any machinery left on the construction site.

There are countless culture-specific supernatural creatures; the hopping ghosts or hungry ghosts of China, the fanciful mix of objects, animals and humans into the ghosts of Japan, the elementals and dragons of medieval society. While some of these seem ridiculous to mention, they are included for reference. The cultural background of your client will determine how they describe paranormal activity as well as how they react to it. These topics need to be presented in order to give a broader view of paranormal beings.