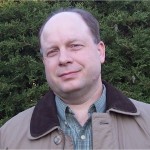 You can view it at:  https://www.youtube.com/watch?v=bCVKXkAXOlk

Goal: A Sequel that Compliments while Truly Standing Alone

I spent a good part of the spring and into the summer figuring out how to write The Blood Sword Gambit (working title), sequel to Flank Hawk and the second novel in the First Civilization’s Legacy series.

A sequel sounds easy, right? Sure, when I typed the “The End” to Flank Hawk, I knew the basics of what would happen in the next novel, and then fleshed it out a bit while submitting Flank Hawk to publishers.

What balance? A sequel is a complete work in itself but continues the story of the preceding novel. Blood Sword continues Krish’s story, but to do so it’s necessary for new readers to understand a bit about who Krish is, including friends, associates, and his experiences. While I’d love for those readers that start with the sequel to go back and read Flank Hawk, I want them to be able to enjoy the second novel without having to go back and read the first. But if they do so after reading Blood Sword, I want them to enjoy Flank Hawk—the conflict, struggles and excitement, and discovery of the world in which Krish lives. I also want readers of Flank Hawk to enjoy its sequel, and not to be put off by references to events in the first novel—things necessary for those who haven’t yet read and enjoyed Flank Hawk.

Okay, that’s what every author who writes a series strives to achieve. With that in mind, I went right to the source: Authors who’ve successfully done what I was preparing to attempt.

a.     Writes action-filled stories, in first person, past tense.

b.     Although one story arc was completed in the first novel, a larger storyline continued to be explored.

c.     Events and choices made in the first novel impacted what happened in the next.

d.     Characters, from close friends to associates in the first novel continued to influence what happened in the second—even those that died or didn’t appear ‘on stage’ in the second novel.

Naturally, I went with authors I’d read previously and enjoyed: Steven Brust (Vlad Taltos series), Roger Zelazny (Chronicles of Amber series) and Laurell K. Hamilton (Anita Blake series).  I read and reread the first two or three novels in each series, and even listened to audio versions when possible, all the time paying close attention to when and how the authors made reference to previous information and events within the context of the second novel’s storyline.

It reaffirmed what I already knew:

1.     There’s no secret formula with respect to when and how much previous information to provide in the sequel.

2.     It’s handy for readers of previous works in the series to be reminded of past events.

3.     Linking the previous storyline with the current one as well as weaving both into the overall direction of the events for novels to follow provides a consistent and enduring foundation for readers to comprehend and recall the who, what, where, when, how and whys of the created world, conflicts and characters.

After the careful study, I also came away with examples of techniques the authors used, including methods and timing that allowed for smooth transitions from present to past and back, while foreshadowing the future.  Things like dialogue and POV character recollection, intertwined with character motivations (directly stated or implied), items and places, scenes and descriptions all played a role.

And as I work to complete The Blood Sword Gambit, I am integrating those techniques, merging them with my own storytelling method and writing style—working to get ‘that balance’ just right.

If you do give Flank Hawk a try, and/or The Blood Sword Gambit (when it’s released), either way I hope you’ll let me know if my effort was a success.

You can listen to the audio from when Terry was a guest of Blog Host, Gail Z. Martin’s Ghost in the Machine podcast here:  https://www.audioacrobat.com/play/WBpTSY07