Influences: The Interplay of Books, Games, Films, and Television 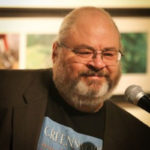 If you follow Gail at all on social media, you know that, like me, she is a big fan of the television show Supernatural, created by Eric Kripke. My wife and I have followed Supernatural from the very first episode. Why? Because it has hot guys? No, because the first commercial I saw for it reminded me of Chill, a horror roleplaying game from the early 80s that featured a loose collective of individuals (S.A.V.E. agents/hunters) who knew the truth about supernatural creatures and hunted them down at great personal risk. In fact, we have good fun identifying the creatures the boys were up against from our knowledge of Creatures of the Unknown from the old Chill product. Woman in White? Check. Wendigo? Been there, done that. The quality of the research, the writing, the acting, and the importance of family, where family extends beyond kin, also resonated, of course, but the interplay added to the enjoyment of the series.

The company that put out Chill (Pacesetter) also put out a time travel roleplaying game called Timemaster, which we actually acquired the rights to when Pacesetter when bankrupt. So, for a while, I did a lot of reading about time travel and wrote a number of Timemaster adventures where you have to figure out what when wrong with history and go to the right place and time to do what was necessary to put the timeline back to the way it originally happened. Timemaster’s slogan under our ownership (we’ve since sold it) was “I’ve seen the future and I’m here to fix the past.” Not surprisingly, then, we were delighted when Eric Kripke created the recent (and recently cancelled) series Timeless about agents who go to the past to change it back to the way it originally occurred. 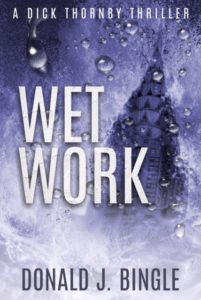 Don’t get me wrong. I don’t think Eric stole anything from anybody or anything like that. Ideas are not protectible by the copyright laws—only the manner of expression. Beside, there have been all sorts of good guys fighting monsters dating all the way to mythology and various time corps have been protecting the timeline across dozens and dozens of books. That’s how influence, inspiration, and expansion and revision of tropes work in literature (and, yes, genre fiction is literature). Eric deserves all the credit for putting out some excellent, well-written shows (though I’ve looked at his bio and noted he played rpgs in his younger days and, given his age vs mine, like to think that maybe at some time in the past, maybe at a convention like GenCon, he played a round of Chill I played, too, or maybe a Timemaster adventure I wrote back in the day).

Every author has inspirations from their life and their exposure to books, games, films, and television. Some things they emulate; some things they turn upside down. Not all of these things are plot/story oriented. You learn about suspense, clues, pacing, comic relief, character development, misdirection, flashbacks, character quirks, action set pieces, and more from both real life and fiction. Those are simply tools for the writer to use in their craft.

Most recently, I’ve been writing spy thrillers and I’ve had all sorts of experiences to call upon in writing those stories even though I am not a spy. (Of course, that’s what a spy would say, isn’t it?) Sure, I watched James Bond and Jason Bourne movies and watched The Man from U.N.C.L.E., Burn Notice, and the early seasons of Alias on television. I’ve also read my share of spy thrillers. And I played a lot of Top Secret (an espionage based roleplaying game put out by TSR long before they were acquired by Wizards of the Coast). I even wrote a Bond spoof screenplay (pre Austin Powers) as an Ace Ventura sequel (Ace is hired to find the Queen’s dognapped pooch) and got it past Jim Carrey’s agent to his manager before the project stalled out. And, since I worked in the field of corporate finance and hostile takeovers, I had some real life experience keeping secrets, using fake names in communications, and keeping travel plans mum in order to keep arbitrageurs and other bidders from finding out was what going on prematurely.

All of those things influenced Wet Work, my most recent Dick Thornby Thriller, along with Net Impact, the first book in the series, just re-released with a spiffy new cover. Some of the influences are reversed—I didn’t want my spy to be a tuxedo-clad Bond rip-off or a loner assassin, like Jason Bourne. Some of the influences are incorporated—I always liked how Michael Westen explained bits of spycraft in the early seasons of Burn Notice, so I used a dynamic where my main character is often teaching spycraft to someone with less experience as they are forced to work the mission together. I also like the message about family from Supernatural, so made my spy a regular guy, with a wife and a kid he loves. Finally, I surf the net from time to time and find all sorts of bizarre and fantastic and sometimes scary things I like to incorporate and occasionally debunk as part of my fiction.

How far afield can influences go? Well, I’ve got an entire exchange in Wet Work inspired by a line from a Meat Loaf song which I always though would be a fitting line for Dean Winchester to say as the boys took on a battle against long odds on Supernatural. I don’t quote the line. I didn’t appropriate the line. I was inspired by it. (We’ll see if Gail can figure it out.)

Author Bio:
Donald J. Bingle is the author of six books (The Love-Haight Case Files (with Jean Rabe); Wet Work; Net Impact; GREENSWORD; Frame Shop; and Forced Conversion) and about fifty shorter stories in the science fiction, thriller, horror, fantasy, mystery, steampunk, romance, comedy, and memoir genres. He was the world’s top-ranked player of classic role-playing game tournaments for the last fifteen years of the last century. He once received a surprise package in the mail with a lapel pin thanking him for his “contributions to time travel research.” He’ll really have to get around to doing that research some day soon. He is a full member of the Science Fiction & Fantasy Writers of America, Horror Writers Association, International Thriller Writers, International Association of Media Tie-In Writers, and Origins Game Fair Library. More on Don and his writing can be found at www.donaldjbingle.com <http://www.donaldjbingle.com/>.