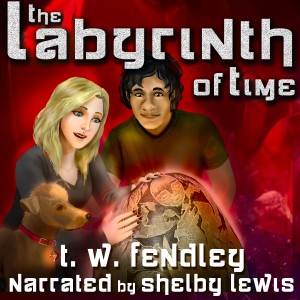 Earlier this year, two things prompted me to take a closer look at how to create audiobook versions of my books. First, as a reader, I’m a big fan—of the 58 books I’ve read so far this year, all but eight were audiobooks (and those weren’t available in audio). Second, I heard audiobook sales are expected to continue to rise for the next five years. As a writer, that’s a market I wanted to know more about.

With the popularity of Internet-connected devices like mp3 players, smartphones and eReaders, downloadable audiobooks are now accessible to most people. Due to this rapidly changing technology, audiobook revenue grew at an annualized rate of 12 percent from 2008-2013, to $1.6 billion, according to IBISWorld.

But that’s only part of the story. Libraries have seen a staggering increase in demand for audiobooks. In an online article, a library director reported audiobook usage more than tripled from 2009 to 2014 in the three-county Mid-Wisconsin Federated Library System, with Overdrive as their sole vendor. Other libraries—like the St. Louis County Library system I use—now offer a wide selection of audiobooks through Overdrive, OneClickdigital and Hoopla.

While I was convinced audiobooks were worth trying and knew several other authors who used Amazon’s ACX (Audiobook Creation Exchange) to get audiobooks produced, I was put off by yet another contract and another process. It turns out, it can be really simple and–dare I say it–fun!

Here’s how the process works: I posted an excerpt from my short story on ACX, offering a royalty share instead of direct payment to the producer/narrator. Royalty share means ACX keeps half the proceeds, and the producer and I split the other half.

When Laurel Schroeder contacted me via ACX about producing my short story JAGUAR HOPE, I was thrilled with her audition. We signed the contract, which included deadlines, then I sent Laurel the complete manuscript.

While she worked on the narration/production, I contacted author/illustrator Jennifer Stolzer, who did the cover for the ebook back in 2012. Jennifer quickly converted it to meet ACX cover specifications. Everything worked like a charm. I approved what Laurel sent me, and on Feb. 12, I received notice that ACX would do a “final quick quality control process, and then begin distributing it to Audible.com, Amazon.com, and iTunes. Barring any issues in the quality check, that process should take upwards of 14-20 business days.” Six days later, it was available for purchase!

ACX works with authors and producers to promote the audiobooks by offering them free copies to send to reviewers. They also pay a “bounty” if your book is a new Audible member’s FIRST purchase. The $50 bounty is split by the author and producer—ACX doesn’t get a cut. But where to find someone new to Audible? (And alas, Missouri—where I live—is one of the few states excluded from the bounty program.)

I used ACX to find Tiffany Williams, who narrated my short story “Solar Lullaby,” and Shelby Lewis, who’s working toward a December release for the audiobook of my new young adult fantasy novel, The Labyrinth of Time.

If you’re considering getting into audiobooks, here’s some advice from Laurel and Tiffany:
Laurel Schroeder (Jaguar Hope) What advice would you give authors about how to solicit auditions for their book? For instance, ACX gives choices such as female/male/male reading as female, Spanish/British accent, brooding/storytelling/etc. Some of those categories are a lot easier to sort through than others. It’s pretty easy to decide if you want a male or female voice for your book, or if you’re open to either. Same with accents–you pretty much either want one or don’t, depending on where your book is set. But the ‘vocal style’ category is a little trickier. I think of it as a jumping off point, or a way to help the narrator understand the main tone of the book. But it always seems to me that a well-written story will require a number of different vocal styles!

Tiffany Williams/Airbending Media Productions (Solar Lullaby)–What makes you want to work with an author again? Communication. Responding to questions regarding pronunciation, or character notes; being flexible if there are unforeseen events that delay recording (a rarity, but things can happen); and sharing promotional/market tools/ideas. Also, if I’m not selected for a project, an email beyond the generic rejection from the Right’s Holder thanking me for auditioning is wonderful! Especially if I had resubmitted an audition at their request. I will be likely to audition for a future project if they post something.

Tiffany Williams–What three tips would you give authors about working with narrators/audiobook producers? Communicate! Collaborate! Enjoy the process and success of the medium!