Ten Things An Author Shouldn’t Do When They’re Sick 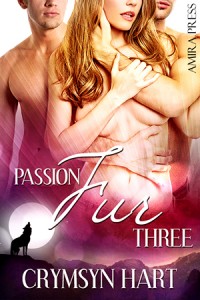 1. Don’t start a book and expect to write three thousand words for the day. So not going to happen.

2. Don’t try out your new speech recognition software when every other word comes out as something you did not say. Ate turns into ant, sex turns into …Can’t write that word, and in between coughing and sneezing a question mark flashes with the words, I don’t recognize that word.

3. Don’t curl up under the blankets with computer and attempt to write. All you end up with is a bunch of zzzzz’s and they aren’t listed on the screen.

4. Don’t take cold medicine and try to imagine a love scene that makes the entire scene hilarious because there is no way certain body parts are going to fit into places they should go.

5. Don’t ask the husband to help reenact said love scene when he doesn’t want to be near you or touch you with a ten foot pole in the case that he might catch your germs.

6. Don’t attempt to make puppets from your tissues to reenact said love scene since husband doesn’t want to try it and the puppets only end up getting used to clear your sinuses or treats for the dogs while they steal them from the wastebasket while you are sleeping.

7. Don’t hold hot tea in your hand and try to type at the same time with your other hand. That only results in a wet keyboard and a very unhappy author.

8. Don’t wake up in the middle of the night and attempt to write about the dream you had while still on cold medicine because in the morning it doesn’t make any sense.

9. Don’t expect your characters to want to interact with you because they don’t want to get the crud you have either. I’ve seen it happen. Once one character falls to the crud, the rest of them do, and then you get a bunch of whining, imaginary people in your head. So not fun to live with.

10. Don’t expect your characters to spring to life and wait on you hand and foot. It would be great though.

What things do you do when you’re sick and wish you hadn’t?