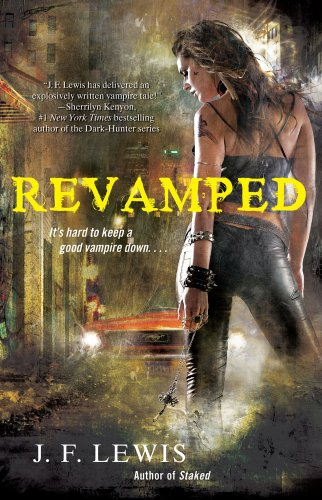 Yesterday, I had my first chat with a book club via Chatzy as part of their examination of the differences between male and female authors in urban fantasy. It was a very interesting experience and I hope fun for everyone involved. We discussed female authors who write male first person POV well (Rob Thurman was my pick) and authors who don’t do it well (I won’t name names there). As a guy, I can say that I tend to notice a gender simulation error when men who shouldn’t be all that in touch with their emotions start having thoughts that clearly aren’t “guy” thoughts.

I was told that I write women well (which was very flattering) and answered some questions about the series.

But one of my favorite points of the conversation came with the end when the club shared the differences they saw between male and female urban fantasy authors. They said that in general they thought men tends to move the story along more quickly than women and had more detailed fight scenes, while women seemed to focus more on relationship and give more detailed sex scenes and to examine what is going on more in the plot before moving on.

Given that half of many of my books is dedicated to a female point of view (Tabitha is STAKED and ReVAMPED, Greta, Rahcel, and Tabihta in CROSSED), I’m always intensely interested in the female perspective. One of the hardest things for me to remember when writing a female POV is how busy the inside of many women’s heads often is. Guys tend to be more single-minded and may make wild turns in thought, but general they have one central preoccupation at a time. Women seem to be like airplane controller managing many simultaneous topics, goals, and aims at once.

That, and women don’t tend to wear the same clothes on multiple days. 😉

How about you? What do you see as the major difference between male and female points of view?