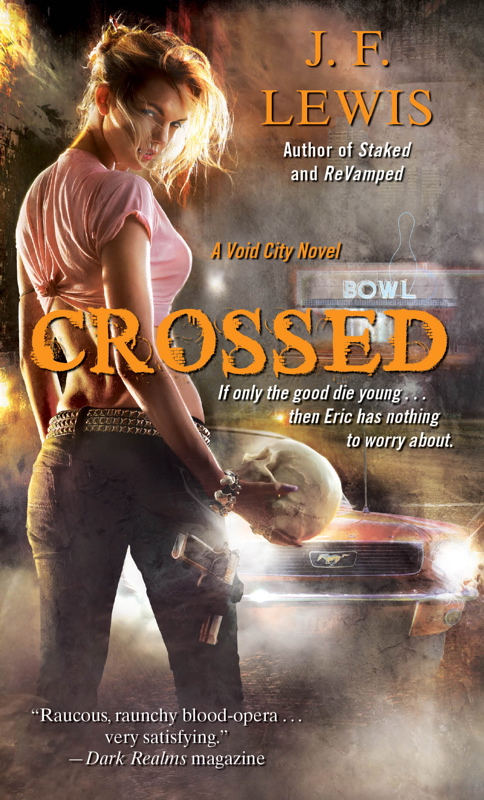 As a series progresses, it’s interesting for me to see which relationships flourish and which ones don’t. For readers of Joe Abercrombie’s First Law series (spoilers ahead) the relationship between Ferro and Logen is one that we know from the beginning cannot possibly work. We know it must fall apart, the only question is when and how messy the fallout will be.

In my Void City series, it is (I hope) clear from the beginning that Eric and Tabitha can never actually work out. If I were writing a romance, it would be different. I would have to find a way for them to stay together. Urban Fantasy, however, does not require a happy ending. On the other hand, all stories require a satisfying ending. The important relationships must have closure even if they do not resolve the way the reader (or writer) might hope they will.

As the series progresses, it has become quite clear to me (and hopefully to the readers) that the familial relationship (the strictly platonic love story, if you will) between Eric and Greta (his utterly insane, yet charming and deadly adopted daughter) is the most interesting facet. One reader put it this way, “Here’s a guy who is basically good at heart, but a murderer who loves unconditionally a… monster who has become everything the guy fears that he himself has become. And the cool thing is, she loves him unconditionally, too.”

It’s no coincidence that in BURNED (Void City, Book 4) the main.secondary POV will be Greta. It’s a tough call to make because I know that Tabitha (the previous secondary main) is some people’s favorite character, but writing must serve story. If I get in the way of that, then I’m not doing my job and I’m cheating the reader out the genuineness of character I try to portray in Void City.

What about you? Ever had to make a hard call when writing? Ever hit one in an author’s work and wish things had gone the other way?