Cons Are In The Air 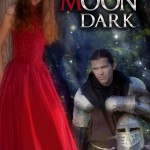 You place your fingers on the keys, focus on the screen, and then let the world fall away. You get lost inside of your own mind and are transported to another reality that you are in control of. Or at least you think you’re in control of. That is what the characters inside of your head want you to believe. They want you to think that you are the one controlling their lives when in trust they are the ones who are controlling your hand and hacking into your thoughts to dictate which way they want their lives to go. It’s all their plan to make you forget that you are the instrument. Sometimes it makes me wonder who is really writing the books. Then again it almost feels like playing a video game going around killing people off and hooking them up.

At the moment, I have three books going on right now, each characters warring in their own landscapes. Each of them are squared away in their own boxes. But the walls between them are growing thin and each want a chance to take over my hands and start playing. But of course, I shouldn’t be writing but getting ready to go to the convention I’m heading to this week. Maybe it’s really the characters telling me to go and I’m just the puppet. Or there is someone else pulling my strings.

Cons seem to be the thing to do in the summertime. When all I want to do is write, other things are pulling me away from that. But that is a good thing because us authors have to get out from behind the computer and meet with people. I’m not exactly the social type, but anything that can get me out of the house is a good thing. This is the first con, I’m heading to by myself and the furthest so far. Heading to Fandom Fest in Louisville, KY. Then in August I’m heading to Philadelphia to another convention.
Hope to see you all there. Should be exciting.