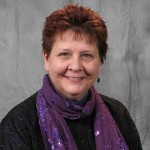 It’s no secret that I love old cemeteries. After all, it was in a cemetery that I originally got the idea for my Pepper Martin mysteries. As to why I was in that cemetery in the first place . . . .well, like I said, I love ’em. I love the history that’s evident in every inch of an old cemetery. I love the art, and the architecture, and the stories that automatically start spinning in my brain when I read names and dates on a family monument, or see a single, small marker set off from the rest and begin to wonder who and what and why.

So if I tell you I spent one day of my Memorial Day weekend in a cemetery,
it should come as no surprise. But if I told you I have relatives who are
not as enamored of cemeteries as I am who came along for the ride, cheese
and crackers, long-dead ancestors, and oh yes, Bailey’s shots . . .

Ah, now we have a story!

It started last fall when some of my husband’s cousins, visiting from
Montana, talked about getting a family reunion together for 2012. Usually
not one to open my mouth without thinking, I opened my mouth without
thinking. (This might have had something to do with the quantities of wine
that were being consumed at the time.) “I,” I announced, “will research
family history.”

And research I did. What I discovered along the way is that I love digging
into family history, even a family that is mine only through marriage. So
far, I’ve uncovered (figuratively speaking, of course!) David’s family back
to the great-great grandparents who arrived from Germany in the 1840s. And
this Memorial Day, I convinced the family to go visit them.

There were seven of us on the adventure. Seven. That’s me, my husband who
tolerates my affinity for graveyards, and five others who (to coin a
phrase) wouldn’t usually be caught dead in a cemetery. We began by visiting
the cemetery where their grandfather, his first wife, and their
great-grandparents are buried. To help things go smoother, I prepared
family trees for everyone, and I was glad I did. It helped explain
relationships and kept who was who straight, especially when we ran into
(another turn of phrase, but since I write the Pepper Martin books, it’s
important to make that clear), great-great uncles, aunts and other assorted
relatives. We trimmed grass, left flags and potted marigolds, and drank a
wee Bailey’s toast to all of them.

Then it was on to visit one set of great-great grandparents at Riverside
Cemetery in Cleveland. Riverside is privately owned, a well-cared for and
beautiful burying ground full of gorgeous trees and pristine paths. I’d
called ahead and the nice lady at the office had a map all ready for us.
Fortunately, Charles (who, in 1890, was run over by a freight train-yikes!)
and Wilhemina Schwendeman were easy to find, buried close to a main
cemetery road. Unfortunately, though Charles’s headstone was fine, Minnie’s
(as the old family documents call her) had fallen over.

Enter my husband and his brother who managed to lift the old granite stone
and get it back into place. A small kindness to do for a woman who traveled
from Germany to Michigan in the 1850s, then came to Cleveland when her
daughter married Bernard, one of the men whose graves we’d visited at the
first cemetery. Another Bailey’s shot, more marigolds left at the graves,
and we were on to our last stop.

These great-great grandparents are the ones who brought my husband’s name
(and my children’s) to this country. They are buried at a city-owned
cemetery tucked at the back of a residential neighborhood. Odds are, most
of the people in the area don’t know the cemetery is even there. Too bad it
hasn’t escaped the vandals.

Headstones are toppled and broken, section and grave numbers are nearly
impossible to find. While the rest of my fellow explorers went off in one
direction, I headed in another and following the cemetery map (it’s not
very good), I found what we were looking for, the graves of Phillip and
Katharina. He was born in 1816 and lived until 1901. Think of the changes
he saw in his lifetime! Another toast, more flowers.

It was an amazing day, even those non-cemetery-lovers admitted it. Sure, we
had plenty of laughs, a chance to chat, and our little cheese-and-crackers
picnic. But we also had the opportunity to pay tribute to people who left
their families, their homes and their native languages behind so they could
come to this country and make new lives for themselves. That took a lot of
guts, and I hope those marigolds let them know how much we appreciate it.

Next year, we do the Irish side of the family. No doubt there will be more
Bailey’s involved!