Kevin Hearne’s Hounded is Out!

Given that I’m on a deadline (Void City Book 4 is due in to my editor by May 31st) and Kevin Hearne’s new book is out, it seemed like the perfect time to give another cool author (because he’s cool ya know) a little web love, but not the paid site sort of way or the… yeah.  So, before I embarrass myself further… Here’s Kevin:
First, I must thank J.F. for letting me hang out on his blog. Like all of the Reluctant Adults, he is a bag full of Awesome to go. Plus, he and I share the same cover artist, Gene Mollica. 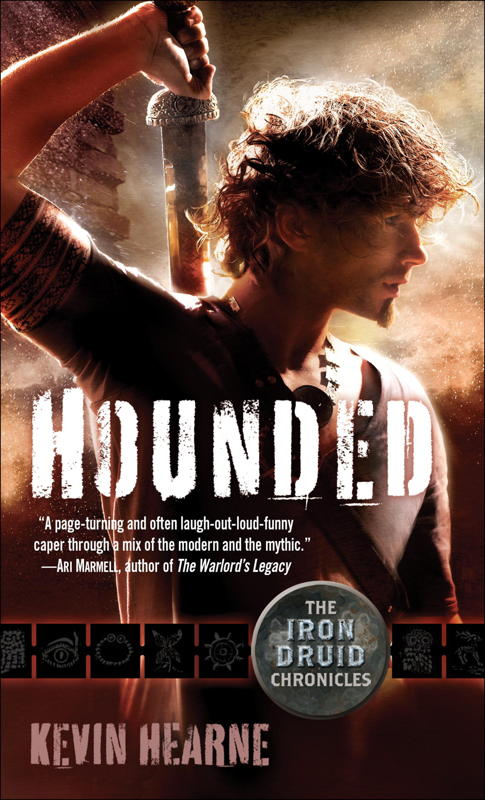 As part of the publicity for my urban fantasy debut, I’ve written a series of guest posts that are droppin’ all over the place. You can see a full list of the posts over at my blog. The big, ginormous one is over at John Scalzi’s Whatever’>https://whatever.scalzi.com/”>Whatever blog, where I’m featured on his recurring feature, The Big Idea.
Some of my Twitter peeps wanted to hear about my path to publication, so I’m going to cover that here.
I was raised on a diet of comic books and Hamburger Helper, and in my teen years I mixed things up a bit by adding Van Halen and Mountain Dew. I was (and am) a guitar-rock nerd. My reading tastes outside of comics were largely sci-fi and fantasy.
In college I got the writing bug after reading Ken Kesey’s One Flew Over the Cuckoo’s Nest. The voice of Chief Bromden was so compelling to me and I wanted to do something like that. I spent the next ten years failing—as in, I started novel after novel, but never finished one. I read a bunch of “how-to” books but never attended a class or a convention. Maybe those how-to books messed me up a bit; I kept trying to write things the books said made a good story, but I didn’t really like those kinds of stories.
Once I decided to chuck their advice and write to please myself, I finished a novel called The Road to Cibola. It took me six years and it’s a steaming pile of pig shit, but it was an invaluable experience because it taught me exactly what it took to write a novel and I knew now that I could finish one. The Road to Cibola had a rambling mess of a plot and wasn’t really marketable—as I discovered once I tried to write a query letter for it—so I turned my efforts to writing an epic fantasy. That only took me three years. I sent it out for submission directly to a publisher and got a response in two weeks that I’d passed the first round of edits. I couldn’t believe it! While I waited to hear more, I kept busy with other projects. I’d been reading lots of urban fantasy and lots of Vertigo comics written for aging fanboys like myself, and I came up with an idea for a comic about a Druid who could talk to his dog. I was focusing primarily on the magic system and making things look cool, but as I got a few pages into it, I realized it might make a decent urban fantasy novel. I mentioned this to some nerd friends of mine and got shot down (which is the subject of The Big Idea post), and after that I wrote Hounded in eleven months as a defiant gesture. Nerds do that.
All this time I was waiting to hear more from the publisher who was sitting on my epic. Seeing that submitting without an agent was ridiculously slow, I decided to try to get an agent by querying the urban fantasy. I sent my query out to twelve
agents I found on Agentquery.com. Out of that first round, I got two requests for partials, one full, and nine form rejections. The partial and full requests also ultimately rejected me, so I tweaked things some more and sent out another round to twelve more agents. Almost the same thing happened—one partial request and one full. The agent who made the full request ultimately offered me representation—Evan Goldfried at Jill Grinberg Literary Management. (To see my successful query, head over to the’>https://www.biting-edge.blogspot.com/”>the blog of Leaguers Jeanne Stein and Mario Acevedo.)
Evan had me had me fiddle with the manuscript a wee bit and then he sent it out to nine publishers after Labor Day. Two weeks later, September 25, 2009, four of them bid on Hounded and two sequels at auction. What a difference an agent can make, eh?
I chose Del Rey and couldn’t be happier with the way my covers turned out and all the support they’ve given me. For any of 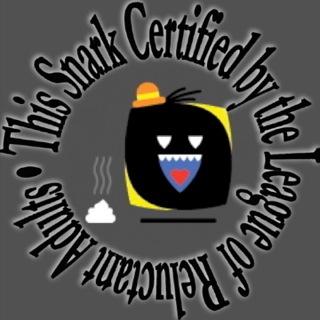 you trying to get published now, I’d recommend getting an agent if possible—but go about it carefully, please, do your research and follow their submission guidelines! Most importantly, don’t give up. Keep writing and learn from your failures. I’m not a prodigy by any means; it took me twenty years of trial and a whole lot of error before I got it right.
I hope you’ll give The Iron Druid Chronicles a try—it’s full of nerdy goodness, plus action and naked death goddesses and a talking dog. You can read the first 59 pages of Hounded here for free if you’d like, and of course it’s available wherever books are sold. Thanks again to J.F. for letting me say howdy to you. Please say howdy to me on Twitter @kevinhearne or on my author page on Facebook!